The Big Day In

by Simon Thoumire and David Milligan 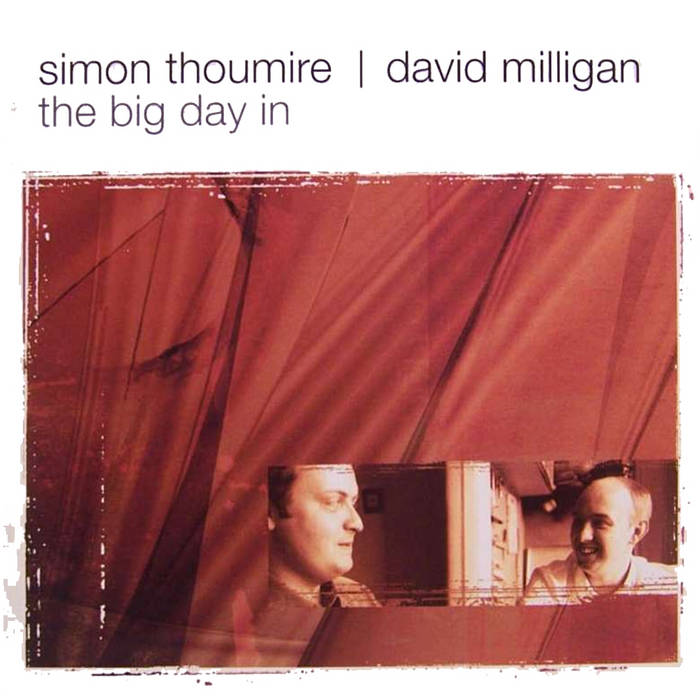 Like going down a river in a velvet-lined canoe. Scottish musicians Thoumire (concertina) and Milligan (piano) give us a journey that is at times driving and turbulent, and at other times, slips peacefully by the scenery. But at all times, everything is in control, and you feel as if you are sitting on a big aqueous bed of cool. This fine display of jazztrad combines Thoumire’s inventive playing with Milligan’s developed capacity for rhythmic and textual variation. They give each other a lot of space with many solo moments, complementing the close, but not claustrophobic partnership. A wide variety of tunes appear, between the slow and fast, as well as a wide range of composers, from J Scott Skinner, Cape Breton’s Dan R. MacDonald, to Thoumire and Milligan themselves. In track 2, ‘Joseph’s Jig’, we hear Milligan’s stylistic lead on a tune composed for his nephew. Track 4’s ‘Love Comes Quietly’ is a tribute from Thoumire to his wife, fiddler Claire McLaughlin, in which he accompanies himself on the concertina. Milligan has an uncanny ability to the make the piano sound like other instruments, such as a guitar or a drum, as on track 3’s ‘Tumble in Loch Tummel’ where dark pounding gives into strum-like chords. And Thoumire’s concertina playing, while offering a veneer of straight ahead trad, sometimes kicks tunes into near chaos only to scold them back to decorum in the next few notes, as on his version of ‘Keep it Up’. Highly recommended.
Will Lamb, Am Papier, November 2001

Bandcamp Daily  your guide to the world of Bandcamp